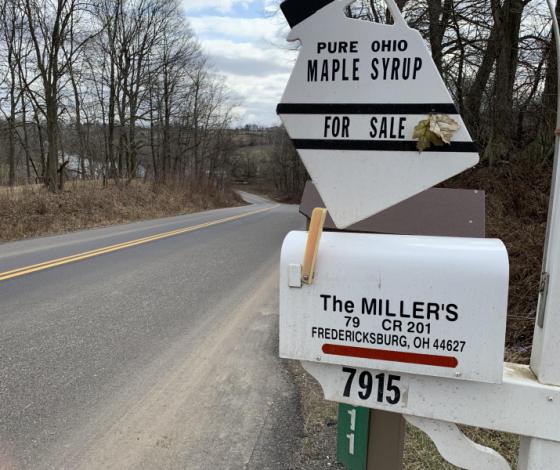 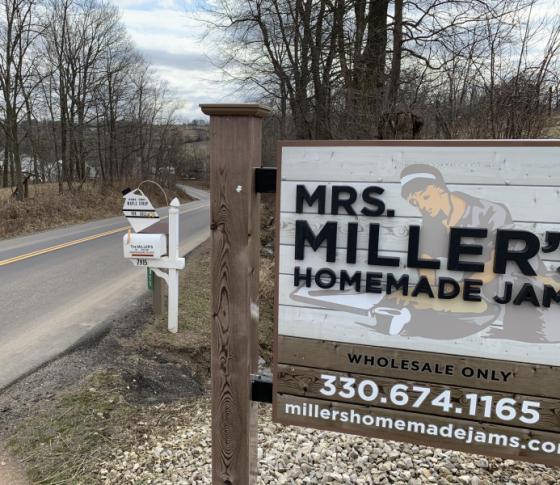 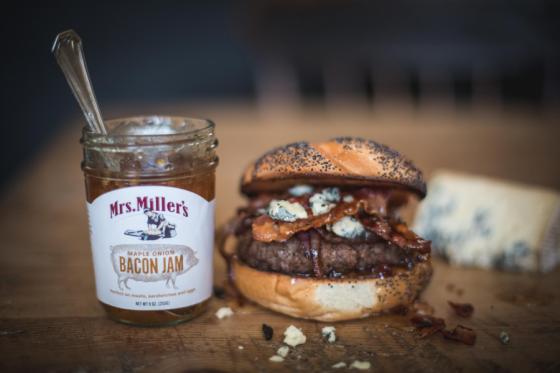 North America is the only spot in the world where maple syrup is produced, and we are lucky enough to have this sweet and wonderful delicacy produced right in our own backyard!  Valentines Day is behind us and we are marching on towards March, which means Maple Syrup Season is in full swing in Holmes County Ohio.  The metal pails hanging from the taps on the maple trees are now a common sight throughout the countryside.  Local syrup producers are busy collecting as much sap from these trees as possible via the pails or tubing lines that take it directly to their heating system.  It takes as much as 40 gallons of the sap collected from the tree to make one gallon of pure delicious maple syrup.  It is common to see signs out by the mail boxes of locals on small county roads, advertising the sale of the fresh maple syrup these locals have worked so hard to collect, cook, and bottle.  In 1840 Ohio was the top maple syrup producing state in the country (Ohio Maple Producers site).   It is currently ranked 4th in total production.  There are only 12-13 states that produce maple syrup.

Most people think of maple syrup as a delicious topping for pancakes and waffles.  This is certainly a great staple, but enthusiasts have found so many more great uses for it.  Some other tasty ways of utilizing it are: adding it with cinnamon onto cooked sweet potatoes, drizzling it over ice cream, mixing it in with baked beans or with butter in cooking vegetables.  Others use it over hot cereal and oatmeal, or even as a substitute for icing on cinnamon rolls.  And when the sap is boiled down even further than the maple syrup, it creates another wonderful thing: granulated maple sugar!  Mrs Miller's uses maple sugar in it's homemade Maple Onion Bacon Jam.  The taste of maple syrup and sugar are distinct to the region they are produced in, so maple sugar produced in northern Ohio may have a slightly different taste to maple sugar produced in southern Ohio. Each area has its own wonderful version of maple syrup and sugar based on the characteristics of the trees in their area.  The perfectly sweet caramelish taste of the boiled maple sugar is the perfect sweetener with the savory bacon & onions in this flavor.  It is a wonderful addition to so many dishes including eggs, burgers, and pork chops.  Maple sugar is lower on the glycemic index than regular sugars, which means it raises blood sugar at a slower rate.  It also contains antioxidants and minerals that make it a popular choice as a healthier sweetener, similar to honey, in cooking processes.

Kick off your Spring by swinging by beautiful Amish Country in Holmes County Ohio, and hunt down a pint of your own maple syrup as well as a jar of Mrs Miller's Homemade Bacon Jam. You can accomplish both of these by dropping by the Ashery Country Store on State Route 241.  They will be celebrating the maple syrup season all of next week with sampling of the Maple Onion Bacon Jam and promoting local maple syrups. Or if you really want to experience the art and science of maple sugar making, drive the 2020 Maple Madness Driving Trail and stop by Amish Country on your way through.